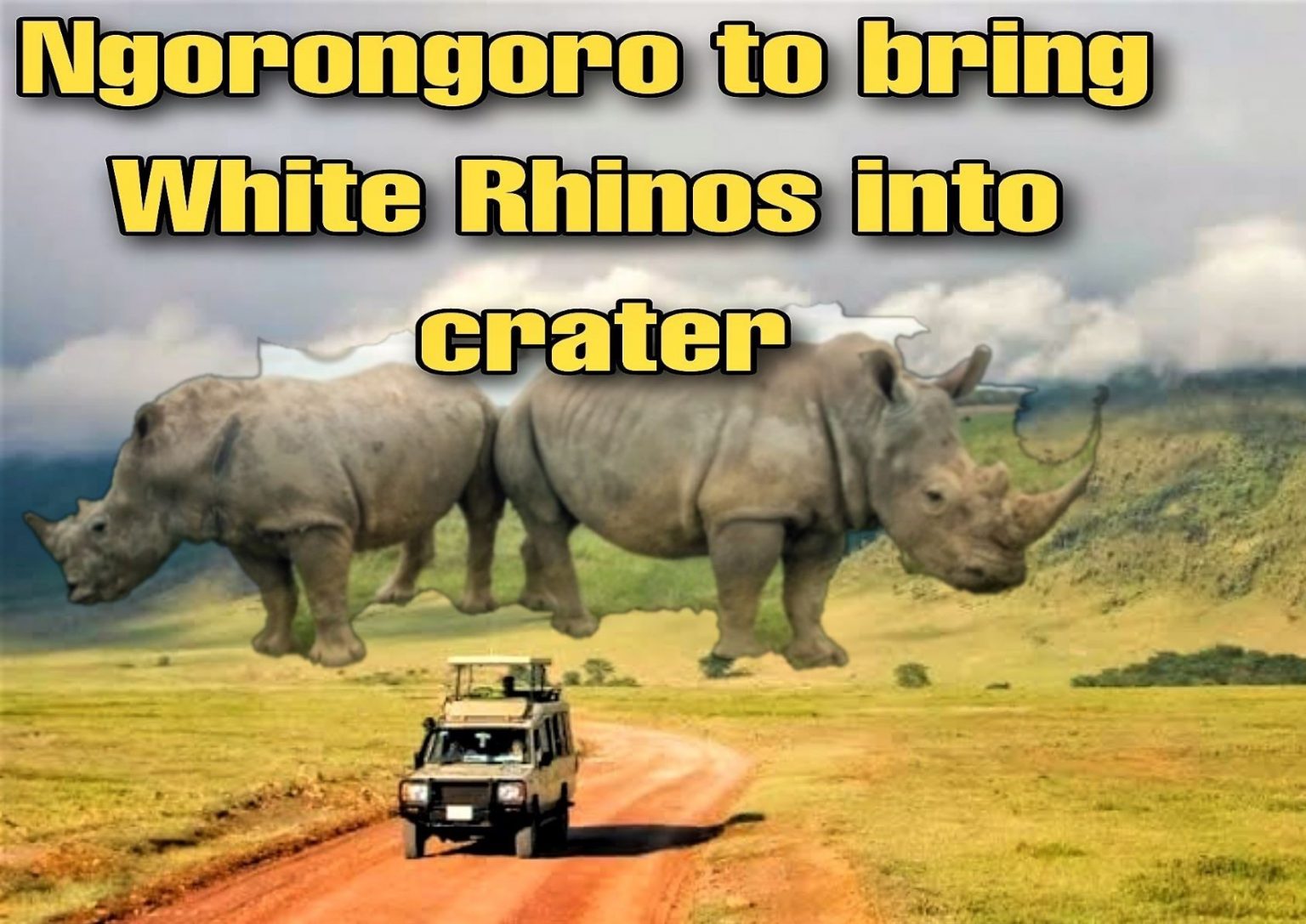 Tanzania now plans to introduce the White Rhino Species in the world famous, Ngorongoro Crater. It is an initiative aimed at boosting the endangered species’ population in the Conservation Area.

The crater, an unbroken caldera, is a popular tourist destination. In fact it is already home to variety of wildlife species, including the highly endangered Black Rhino.

Now the ferocious mammals are about to get their much larger Southern White Rhino counterparts to keep them company in the crater, according to the management of Ngorongoro Conservation.

The Crater, so far, has a total of 71 free roaming black Rhinoceroses, among them 22 males and 49 females.

Recently the Ngorongoro Conservation Area Authority etched special marks onto 20 of the earlobes of the horned mammals. It is for both identification and tracking. This exercise which was conducted in the conservation area, also included installing of tiny homing devices onto four male Rhinos.

Frankfurt Zoological Society has been pumping US$ 338,000 to the Ngorongoro Conservation’s Rhino protection project, in the last three years, while the Pams Foundation injected a further US$ 576,000 for Rhino and Elephants conservation programs.

Dr Fred Manongi, is the Commissioner of Conservation at Ngorongoro. He stated that, South Africa with an estimated 30,000 Rhinos, may have the largest population of the endangered Rhinos, among them 20,000 white and 10,000 black species.

“But Tanzania is the only destination in the world where the Rhinos can be spotted roaming freely in their natural habitat,” he pointed out.