Prior to ‘touring’ Tanzania in 1992, the King of Pop probably thought Kiswahili was a Liberian Language, a country he died before visiting. 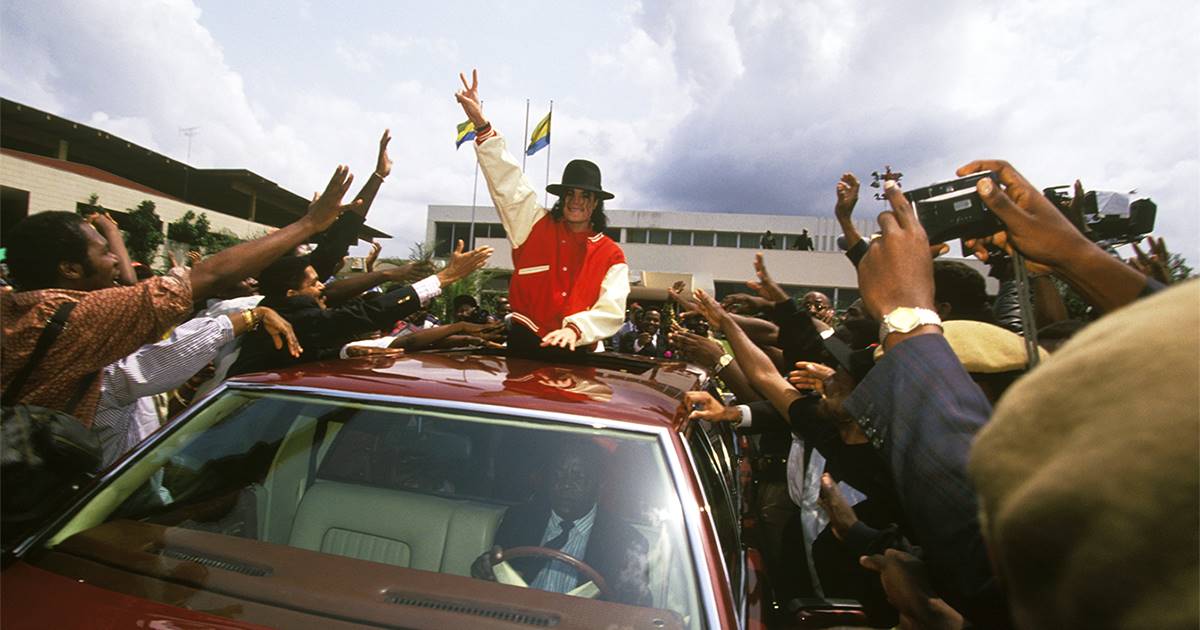 When Michael Jackson struck a Kiswahili sentence in the opening stanza for the song, ‘Liberian Girl,’ he probably had no idea that the language had nothing to do with the West African country.

The King of Pop, possibly thought Kiswahili was spoken throughout Africa.

Or maybe he was also suffering from Geographical illiteracy, a disease affecting most Americans, who believe the continent is made up of a single country, instead of the current 55.

But again, Michael could have been distracted by the Liberian flag, which has similar colors and design to the United States’ one, with the exception of the number of stars; Liberia has one while America packs in 50 stars.

That might have driven the King of Pop to also think Africa was a ‘United States.’

Swahili is mostly spoken within the East African Region, but more common in Tanzania, a country which Michael got to visit later in 1992.

During his trip, Michael possibly came to realize that Dar-es-salaam was extremely far away from Monrovia. Plus, Africa wasn’t a single state either.

The year 1992 was a busy time for Michael Jackson, promoting his then new album, ‘Dangerous.’

In the pre-digital era, Dangerous was essentially a double album, consisting of 14 tracks, impossible to fit in a single vinyl disc, requiring two. Thankfully, cassette tapes solved the problem for many.

With Dangerous, Michael had just detached away from his previous producer, Quincy Jones, (the name behind ‘Bad,’ ‘Thriller’ and ‘Off-The Wall’), and if anything, Jones never forgave him since.

It was ‘Bad,’ released in 1987, which contained the hit, ‘Liberian Girl,’ with its infamous Kiswahili opener; ‘Nakupenda Pia, Nakutaka Pia…Mpenzi we..!’

But, while Liberia, located on the West African Coast, has a total of 20 ethnic languages, Kiswahili is not among them.

Tanzania, on the other hand, has 120 ethnic groups, but Kiswahili is the common denominator among them.

The language is spoken throughout the country, overflowing onto neighboring Kenya, DR Congo, Uganda and slightly in Rwanda and Burundi.

But not Liberia, as Michael tried to insinuate in the ‘Liberian Girl!’ opener.

Again, despite singing a song about Liberia, Michael never visited the country.

Rich Countries Award The Maasai And Barbaig People US $ 1.7 Billion for Protecting…

During his maiden tour of Africa in February of 1992, Michael Jackson debuted in Gabon, West Africa.

The singer later spent the remaining 11 days of his itinerary visiting Ivory coast, Tanzania and Egypt.

He would later visit South Africa in 1997 as he released ‘Blood on the Dancefloor’ (History in the Remix), album.

Back in Tanzania in 1992, the singer was received at Dar-es-salaam International Airport by the then Foreign Minister, Ahmed Hassan Diria.

The late Diria didn’t like it when Michael swept past him, as he alighted from the plane, heading to a waiting car at the terminal.

In Dar-es-salaam he visited an orphanage and children school.

But the strange part of his tour was when he went to the defunct Empire Cinema hall where he bought ten VHS tapes of animated films, precisely ‘Tom and Jerry,’ cartoons.

With the first single taken from the Dangerous album being ‘Black or White,’ Michael, coming from a mostly white continent of America, was definitely trying to balance matters by visiting the mostly black African continent.

That was one thing. The second could be the fact that, during the opening scene for ‘Black and White’ short video, we see actor George Wendt landing in ‘Serengeti,’ wilderness.

It was after he was catapulted from the US to the African Savannah by an insane rock-guitar blare, courtesy of Macaulay Culkin (then Star for ‘Home Alone’ film series).

Michael was due to tour the Serengeti, well at least, a National Park in Tanzania, but scrapped the plans upon landing in Dar, where he would meet President Ali Hassan Mwinyi.

Attempts to entertain the King of Pop with the local Tanzania One Theatre (TOT) band, at Kilimanjaro Hotel (now Hyatt Regency), weren’t successful either.

As he left the country later, people who got a glimpse of the star, were left with a question, was Michael ‘Black or White?’

But he had already answered that in that same song; “I am not gonna spend my life being a color!’