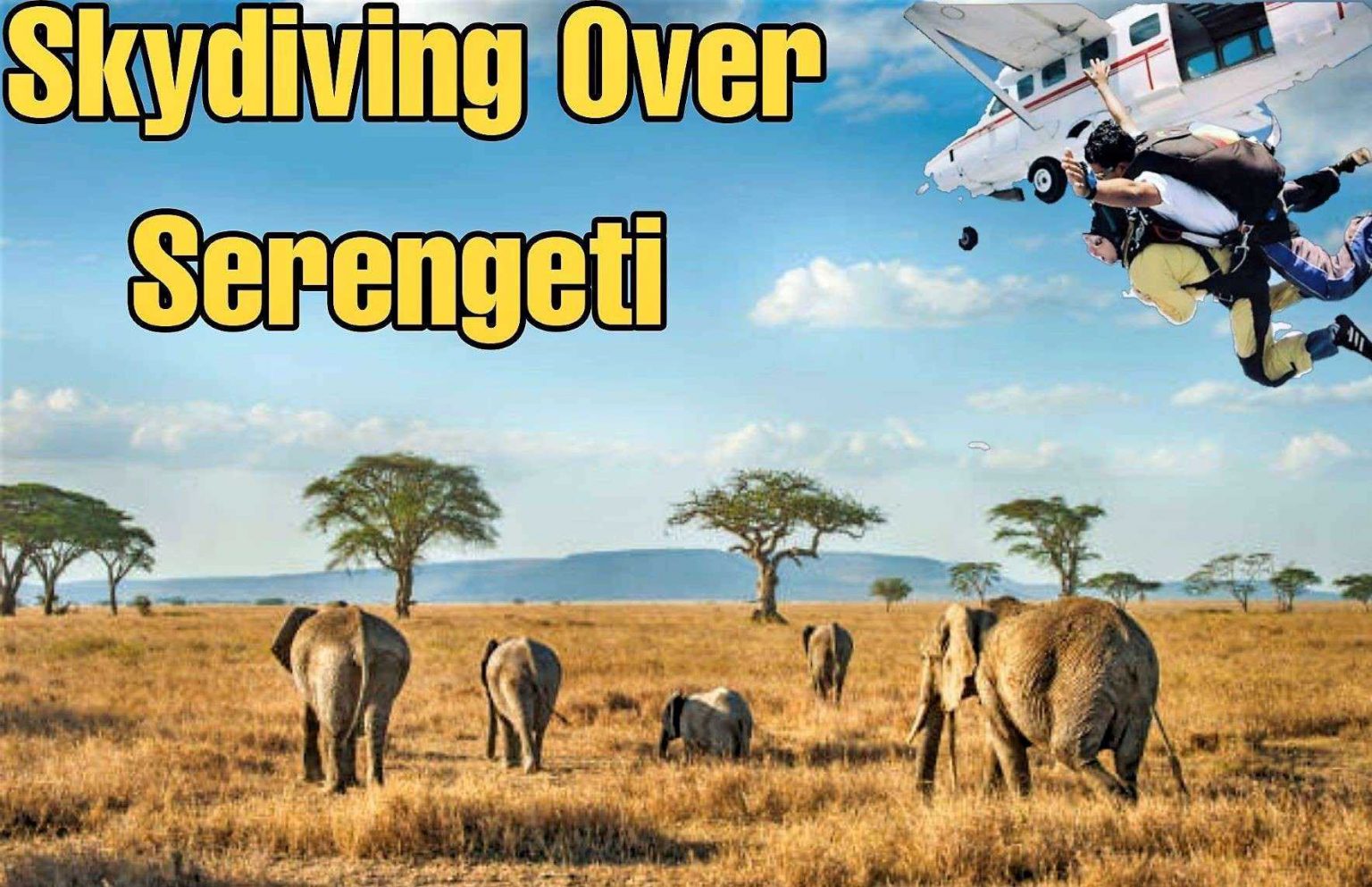 How about floating in the atmosphere as you watch millions of wildebeests doing their annual rounds of wildlife migration below? Well this adrenaline rushing feat is being made possible in Serengeti, Tanzania’s most popular destination.

Skydiving is one of the new types of exciting tourism packages, being introduced in the country, but precisely in Serengeti.

Just as the world is slowly but surely waking up from the Covid-19 pandemic. The new feature will be offered the legendary destination, famous for its annual wildebeest migration seasons.

The Tanzania National Parks which manages Serengeti, sees new tourism potential in skydiving activities where adventure oriented visitors can jump from moving airplanes, then parachute or paraglide over the Park.

That came to lights during an exclusive interview, with the Deputy Conservation Commissioner in charge of Conservation and Business Development, William Mwakilema.

He was on view that, as global travel industry opens up, Tanzania should be well ahead in offering new attractions, fresh packages and even added destinations.

Bakari the Baboon, Kali the Lioness return in Serengeti II, as film Premiers in canada…

“When it comes to tourism we are not taking chances, we have to be innovative so that the country can always stay ahead,” stated Mwakilema.

With Skydiving over Serengeti, Tanzania will be the first country in East and Central Africa to provide this form of adrenaline rushing excitement in wilderness and according to tour operators, it will catapult the destination to new heights.

Serengeti National Park receives an average of 455,000 tourists per year, making it the flagship destination for Tanzania National Parks which also managed Mount Kilimanjaro as well as 21 other parks in the country.

Already Serengeti runs hot-air balloon safaris over the park, but with the proposed Skydiving and Paragliding tours, the destination’s tourism activities now seem to be aiming for the sky.

On average, Tanzania receives around 1.5 million tourists annually. Over 80 percent of these visitors prefer to mostly sample the Northern Circuit, encompassing the Serengeti National Park, Mount Kilimanjaro, Lake Manyara and the Ngorongoro Crater.
—