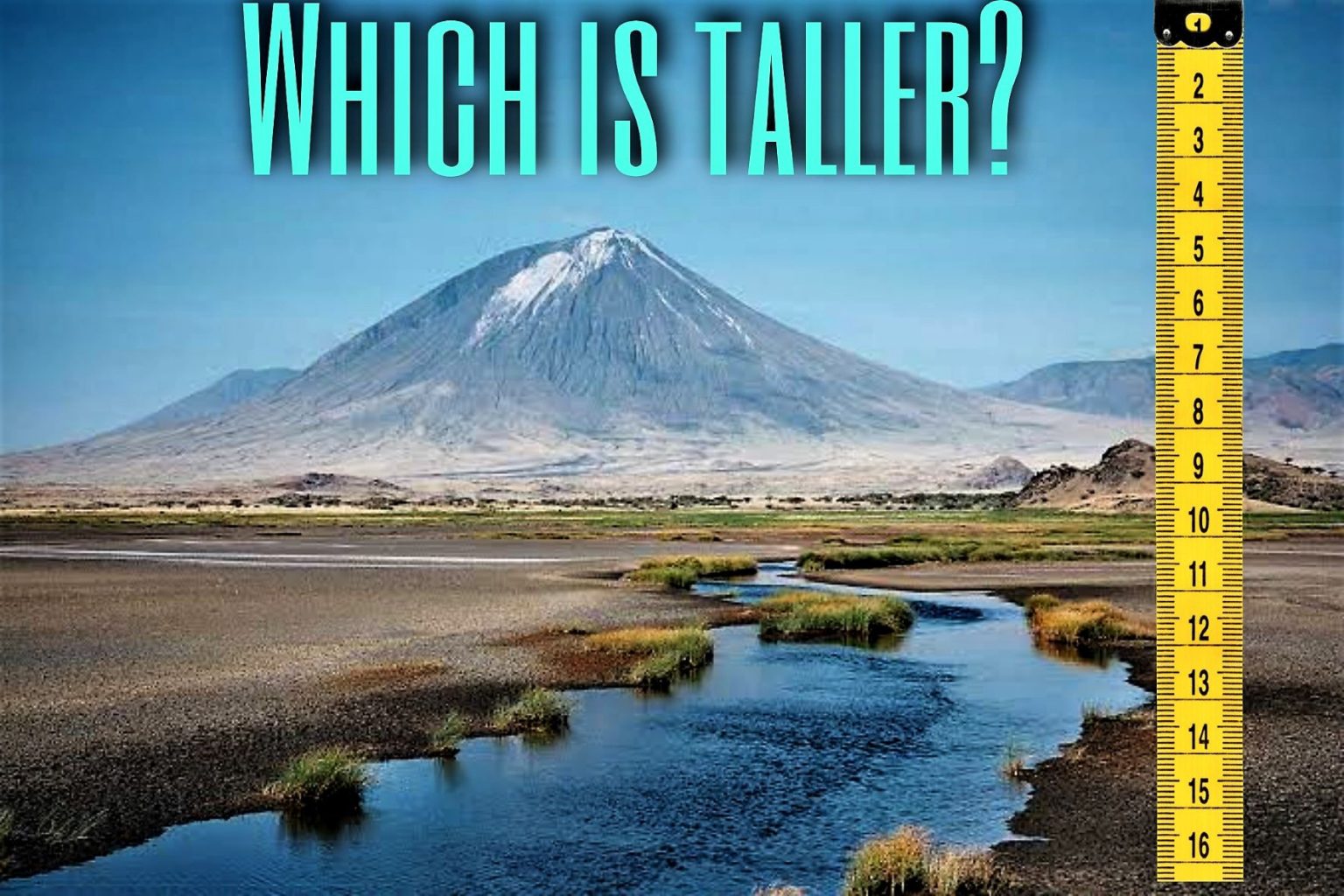 “A tale of two Mountains … And two more!”

Snowcapped Kilimanjaro, the highest peak on the African Continent, should automatically be the tallest in Tanzania as well. But a short distance from the mountain, stands Meru, the country’s second highest peak. Now we ask, which is Tanzania’s third highest mountain then?

Home to Mount Kilimanjaro, the celebrated world’s tallest free-standing natural feature (5,895 metres), it is easy for Tanzania to forget other big mountains found within its borders, with slight exception to Mount Meru, the 4th highest peak on the continent, at an elevation of 4,562.13 metres, featuring a dormant Volcano.

But there are other two big mountains located not far from both Meru and Kilimanjaro.

The sacred Oldonyo L’engai, one of the few active volcanoes in Africa and Mount Hanang, also an altar for cultural worship but relatively safer, lava wise.

Members of communities living at the base of the two mountains, Oldonyo L’engai and Mount Hanang’ have been arguing about which of the two is the ‘third highest peak’ in Tanzania.

So intense was the rivalry that recently the Tanzania Times was recently told that the Tanzanian Ministry of Natural Resources and Tourism is now deploying a team of experts to solve the mountainous equation.

Thus, the residents of Katesh, where Mount Hanang is located and people at Enkaresero, near Mt. L’engai are fighting over which of the two should be the natural sky-scrapper after Kilimanjaro and Meru.

Still, there is another mountain, the Loolmalasin found within the Ngorongoro Conservation Area which is also emerging to claim the country’s ‘third highest peak’ title.

It seems geologists in the past never bothered to file the country’s top ten elevations, satisfied with just the data of two mountains, Kilimanjaro and Meru.

Even the Loolmalasin was only recently measured by an expert mountaineer Mr Juan Ramon Morales who together with his team had scaled the peak, while touring the Conservation Area a few years ago.

“Loolmalasin should officially be the third highest peak of Tanzania. It´s located in an area commonly known as the ‘crater highlands’ when trekking from the village of Nainokanoka during popular trips towards Lake Natron,” Morales had written.

“We climbed to measure the Loolmalasin peak (pictured below) again at another new angle which peaked at 3825 metres on that point and that is 145 metres higher than the most frequented ‘summit,’’ Morales maintained.

Mount Hanang’ on the other is said to be peaking at 3418 metres, and protruding above Lake Balangida in Katesh. But while being billed as the third highest feature, fresh measurement may clear the air.

The ‘Mountain of God’, or Oldonyo L’engai height remains a confusing topic with different people and sites, citing conflicting figures, ranging between 2,890 and standing 3,188 metres. This active volcano protrudes in Enkaresero, adjacent to Lake Natron.