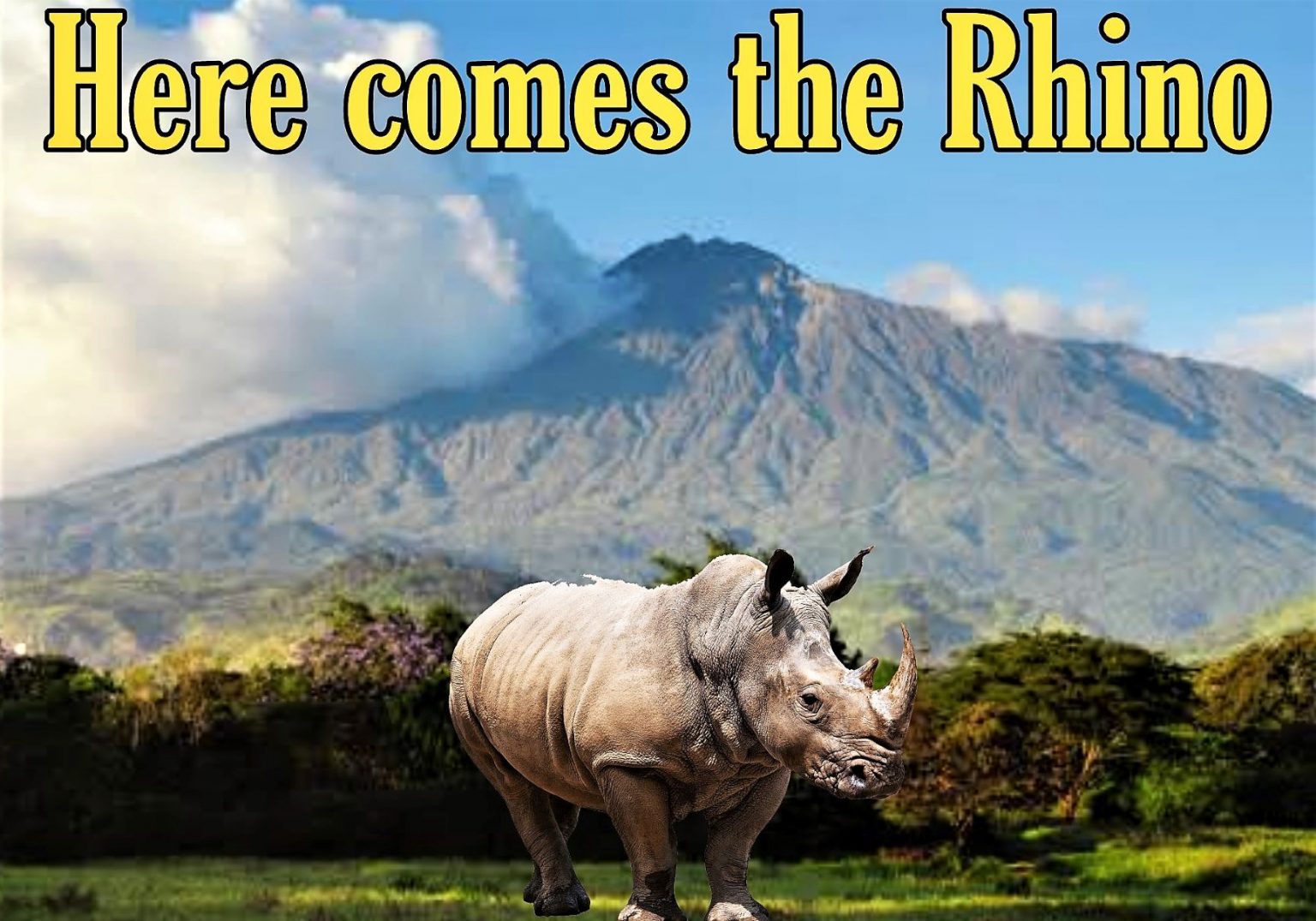 The world’s highly endangered wildlife species, the Rhino, will soon be returning at the base of Mount Meru, in Arusha Region.

Replanting Rhinos at Arusha National Park should essentially be a ‘second coming’ for the horned ones. A few decades ago, these ferocious mammals used to roam freely and in large numbers at the foot of this Tanzania’s second highest Mountain.

That was back in the late 60s, with the poachers’ the Rhino Massacre going on to the early 90s

Now the same humanity intervention want the Rhino back in precinct. The threatened wildlife species will however have to be re-introduced afresh. It will be through the Tanzania National Parks management’s latest scheme to boost animal population at the Arusha National Park, which lost its native rhinos about 40 years ago.

The Tanzania Times tagged along when the Minister of Natural Resources and Tourism, Damas Ndumbaro, recently made a familiarization tour of the Arusha National Park, from which Mount Meru protrudes, where he also came to learn from officials that many years ago, Rhinos used to roam the park.

But like in many other parts of the country, the ferocious mammals disappeared due to various reasons, including the infamous poaching spree targeting the species’ horns.

Lufthansa: We bring the world to Tanzania, aboard proxy Airlines

Below is a Rhino Skeleton (Minus the horn), on display at Mkomazi National Park as reminder of the dark days of horrid killings targeting the species trophies.

Deputy Conservation Commissioner in-charge of the Arusha National Park, Albert Mziray pointed out that it was high time that the Black Rhino species should be re-introduce in the park something which got the Minister’s nod.

The Minister also advised that the park can make use of the Rhino species being bred at the Mkomazi Sanctuary in Kilimanjaro Region.

While Arusha National Park has almost every feature that can be found in other destinations, such as a Mountain, a Lake, a crater, Savannah Plains, dense forestry, rivers and historical sites in addition to rich variety of wildlife, the destination still needs some added attractions to make it an all-in-one park.

Despite its relatively smaller size, Arusha National Park, established in 1960 making it the oldest after Serengeti and Ngorongoro, is home to common species of animals like the Giraffe, Cape buffalo, Zebra, Warthog, the black-and-white Colobus monkey, the Blue monkey, Flamingo, Elephant, Bush-buck not to mention giant pythons.

Leopard populations are present in the park though quite shy and thus rarely seen. Arusha National Park also boasts a variety of birds’ species including the Narina trogon and bar-tailed trogon. There are also aquatic animals like fishes and hippos residing in the Lake which offers canoeing Safari, a staple of the Park.